[This post is sponsored by my wonderful friends over at Bob’s Red Mill! We’re using their Gluten Free Thick Rolled Oats for this recipe!]

I promise I’m not going crazy.

Yes, this oatmeal is green. But I can guarantee you that it tastes 1000% better than it looks. For realzies. It’s that time of year where smoothie recipes popping up everywhere (in fact, I just did a roundup of some of my favorite smoothie recipes!) And I think it’s safe to say that green smoothies (otherwise known as “Green Monsters”) are a kick-butt way of gobbling up as many nutrients as possible in the wee hours of the morn’.

However, I don’t know about you, but when it’s 20 degrees F outside, the last thing I want to suck down is a cold smoothie. I want to be bundled up in a blanket, sipping a nice hot cup of green tea, and drowning my frigidness in a big bowl of piping-hot oatmeal. There ain’t no time to be shivering after downing my breakfast; I want a big bowl of comfort and I want it now.

You can still have a super-nutritious start to your day with this Green Monster Oatmeal! Not only is it packed with ingredients from your favorite green smoothie, but it’s also sweet, perfectly chewy, and totally comforting. Talk about the perfect new year breakfast! Let’s get down to the ingredients, shall we? We’ll definitely need some oats. And I’m going to let you in on a little secret: don’t waste your time with any other oats because Bob’s Red Mill Gluten Free Thick Rolled Oats are just about the best you could possibly find. They’re ULTRA thick, seriously dreamy, and make for the perfect bowl of oats. They seriously take the traditional boring bowl of oats to a whole.other.level. I love them so much, I’m munching on them right this very second. Seriously, find yourself a bag ASAP!

Next, some greenage. Frozen spinach was my green-o-choice, because I knew that it would keep its color much better than the fresh stuff. We grabbed a bag from Trader Joe’s for next to nothing, and we’ll throw it into smoothies, soups, and now, this oatmeal. OH! And just to ease your mind about chewing on giant hunks of spinach in your oatmeal (blech), we’re using my handy-dandy How to Make Homemade Juice Without A Juicer trick to extract some bright-green spinach juice for this recipe!

And now, the toppings. This oatmeal gets its sweetness from half of a mashed banana that’s cooked along with the green oatty goodness. I also ended up topping my bowl with the other half of the banana (sliced) for some additional sweetness. I also threw some beautiful frozen berries on top because I miss summer and I love them. And for some added protein, I sprinkled on some hemp hearts. But the toppings are totaaaaally up to you. If you’re a fan of nut butter, by all means throw some on! If you’re a fan of ch-ch-ch-chia seeds, dooooo itttt! The world is your smoothie oat bowl! I know green oatmeal is a bit unconventional, but I promise after just one bite, you’re going to be addicted. It’ll leave you feeling ready to take on these bitter cold temperatures and New Years Resolutions, all while tasting really freakin’ delicious. Don’t judge a bowl of oats by its color; you need this Green Monster Oatmeal in your weekly breakfast lineup ?.

OOH! And if you try this or any of my other Oat Week recipes, be sure to tag your photos with #fooduzzi and #oatweek! Team #greenoatbowl FTW.

*Adding cinnamon will turn your green oats a brownish-green color. It’s crazy delicious, but just not that appetizing looking. Feel free to sprinkle it on top if you so desire!

A very special thank you goes to Bob’s Red Mill for sponsoring this post and for supplying me with some of their delicious products that I love for this recipe! All opinions are my own.

Affiliate links were used in this blog post. “Affiliate” is just a fancy way of saying that I get some money if you click on and purchase the products that are linked! The money I earn will go directly back into Fooduzzi, so I’d really appreciate you helping me “feed” my blogging efforts!! 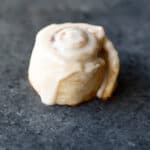 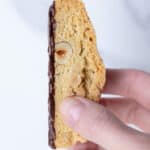 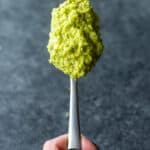 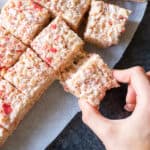