How are we feeling? In a sugar comatose yet?

Today’s affogato can technically be called a health food. Because we’re doin’ it up with turmeric, aka. the trendiest spice since 2015.

I love turmeric. Not only does it have loads of nutritional benefits (see here), but I really enjoy the taste! Sorta peppery, sorta…earthy. And the color? So beautiful.

We’ve used turmeric a few times here on Fooduzzi in the past. Once in curry. A few different times in drinks. And then, of course, we used it in these epic chickpea burgers.

But using it in a dessert? Never. 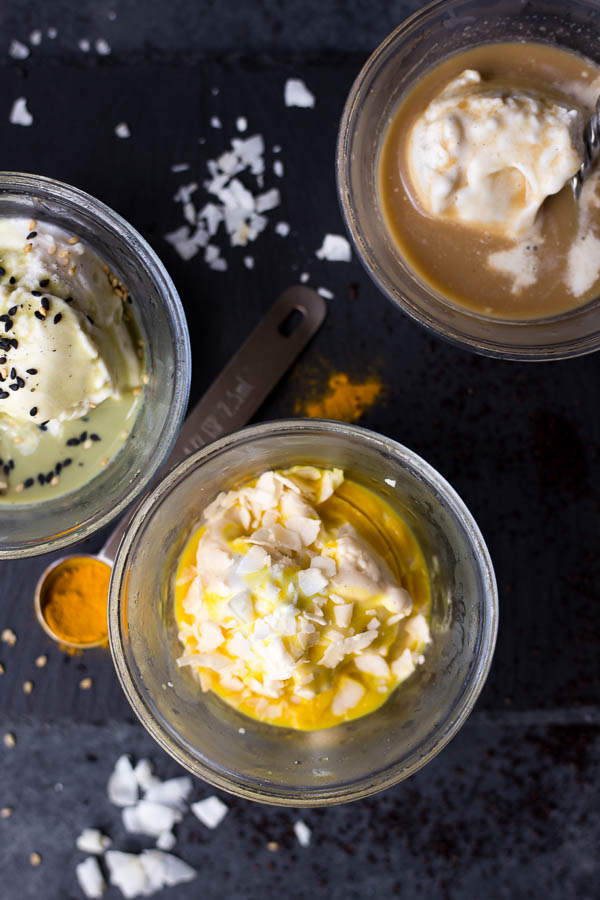 Golden Milk Coconut Affogato. So much yes happening over here.

Just like our other Affogato Week treats, I really love using vanilla bean ice cream here. I haven’t mentioned this yet, but my favorite vegan options are So Delicious (which is what I used here) and Coconut Bliss – they’re just as creamy as their dairy counterparts! The intense vanilla flavor works so well with the “golden milk.”

Speaking of! It’s really simple. Vanilla almond milk, turmeric, black pepper (to enhance the absorption of curcumin), and a touch of maple syrup. Whisk, heat until hot, and pour it over your cold ice cream. And then top it with a bunch of coconut flakes! 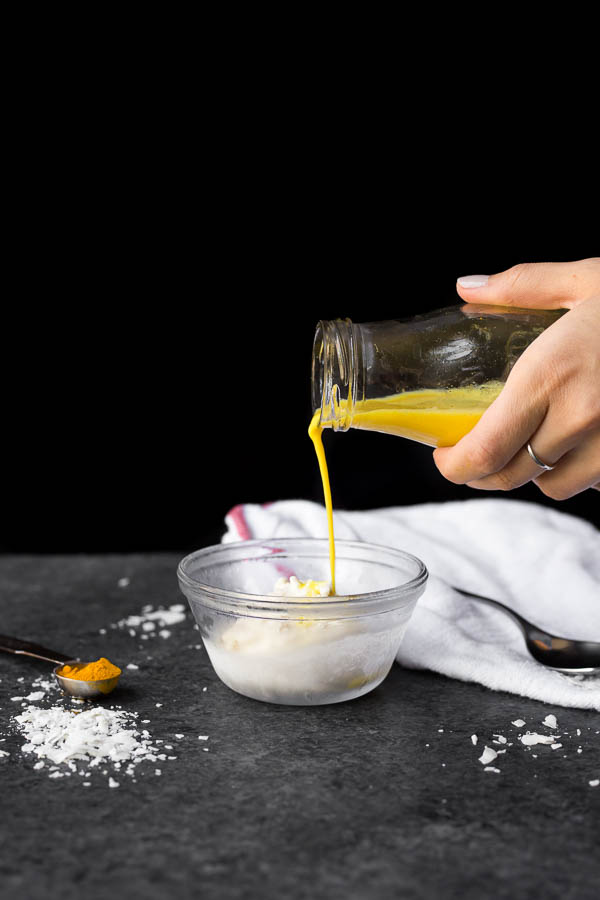